Written by Contribute Author on January 31, 2021

Wolfgang Van Halen has announced that his solo band, Mammoth WVH, will make their live debut on Jimmy Kimmel Live! on Thursday, February 11th. Check local listings for broadcast time in your area.

The emotional video for the song can be found below. 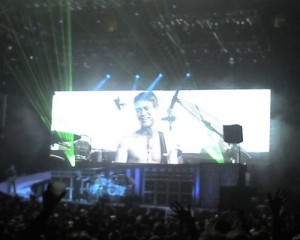