In a statement to Pasadena Now, Eddie Van Halen’s former long-time guitar technician said plans for a Pasadena memorial to the late guitarist are in the works.

“Original Van Halen tech Rudy Leiren is chairing a team that will bring a memorial statue honoring the late, great guitar virtuoso to Pasadena, California,” the statement reads. “Details announced soon for all to participate.”

Van Halen, who moved to Pasadena with his family from the Netherlands in the 1960s, died Oct. 6 after a battle with throat cancer. He would have turned 66 on Jan. 26.

Almost immediately after his death, the city began trending on social media after city leaders expressed their condolences to his family.

Eddie and his brother Alex attended Hamilton Elementary School and Pasadena High School. Despite the racism they faced for being immigrants, they gained popularity through their music after they started local bands and played at local parties.

But it was at Pasadena City College that the formation of what would later become the legendary group Van Halen took place when Eddie and his brother Alex met David Lee Roth.

The group was inducted into the Rock and Roll Hall of Fame in 2007.

“The City is reviewing various ideas that have emerged in the last two months and the city has been in touch with the firm that represents the interests of Van Halen,” said Michelle Garrett, a special projects manager with the city. “At the appropriate time, after a range of issues are more fully explored, staff will return to Council with an update on the type of memorial that respects the family’s wishes and complies with local guidelines for memorials.”

The city’s memorial policy could be problematic for creating a memorial of Van Halen.

According to City News Service, a mural of Van Halen was unveiled at the Guitar Center in Hollywood on Tuesday.

Vargas donated his time and talent to design and create the mural at 7425 Sunset Blvd., which measures approximately 17 feet tall and 105 feet long and covers the entirety of the store’s outer wall at its rear entrance.

“Eddie was one of my creative heroes,” Vargas said. “When I was young, the debut Van Halen record was the first album I ever owned. He influenced me over the years in so many different ways. As soon as the news hit of his passing, I knew I had to do something creative to memorialize him, and Guitar Center was the obvious venue. Right here on the Sunset Strip, where the band made their bones — I can’t think of a better place for this tribute to him, and I thank Guitar Center for giving me the canvas to share it with the world.”

Guitar Center’s Hollywood location has a history of paying tribute to Eddie Van Halen — his handprints are a main attraction of the “Rock Walk” outside the store, along with several of his prized instruments and other memorabilia on display behind glass.

Leave a Reply to Jeff Kessen 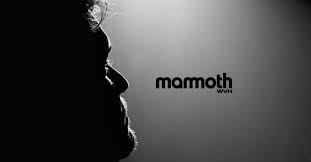