Written by Contribute Author on January 10, 2021

Michael Anthony and his relationship with Eddie Van Halen toward the end of the guitarist’s life was rocky at best. While Sammy Hagar has said he had a chance to patch things up with Eddie, Anthony, sadly, did not.

In an appearance on Talkin’ Rock with Meltdown, Anthony reflected on this missed opportunity saying, “We actually hadn’t spoken [for the last few years], and unfortunately, we didn’t get a chance to. And, you know, it kind of bothers me because we had some issues that were never resolved. But I mean, what can you do? We were on track for a reunion, which I’m really sad never happened. But, you know, life and the show goes on.”

As for the future of Van Halen, David Lee Roth alluded to how he was the face of the band long before Eddie passed away. In a September 2019 appearance on Talkin’ Rock with Meltdown,

Roth said, “I think Van Halen’s finished, and I think this is the next phase. I’ve been hearing in the band ‘de facto,’ whatever that means. I think it means, ‘You’ve inherited it. Carry this proudly.’ Van Halen isn’t going to be coming back in the fashion that you know, and that being said, Eddie [Van Halen’s] got his own story to tell. [It’s] not mine to tell it. But want to hear the classics? Want to hear the Van Halen catalog…and ‘Just A Gigolo’ played religiously? This is not a representation. I’m not a tribute band. This is not a gainful, sort of ironic ‘Remember how anything was.’ This is how it’s going to be.” 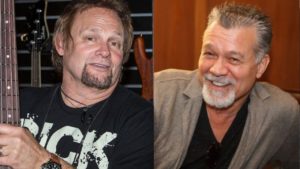 In response to Roth, Anthony said, “You’d have to really know Dave to kind of understand a comment like that that he would make…And I mean, this would only be my take on it that maybe he’s thinking that he’s the guy you got to come and see play now because he’s waving the Van Halen flag now, which, obviously, Sammy and I will be out there playing Van Halen songs as long as we can. But Eddie was very private about how ill he was. We all knew he was ill, but it was a real shock to all of us [when he died.]”

Despite all of this, Anthony still has fond memories of his time with EVH, and he discussed the first time he saw the guitar icon play. 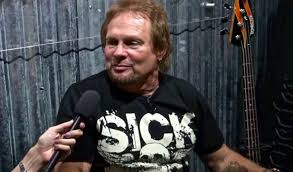 “We were just out of high school, and in the city where I lived, they were having a carnival on the field for the school,” recalled Anthony. “On the weekends, they would have a few local bands play. And it was just the three guys: Eddie, [original bassist] Mark Stone and Alex [Van Halen.] And Eddie was doing the singing also. That’s the first time I ever saw him play.”

Anthony added, “I remember I was impressed because they must’ve played the whole Who ‘Live at Leeds’ [set] or whatever or any classic Cream stuff they played, Eddie played the lead stuff note for note. Back then when you’re a kid like that, that’s very impressive to see somebody playing like that.” 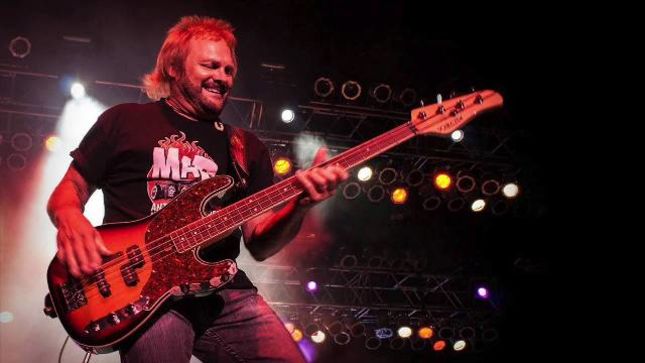